Mini Golf: The Story of Miniature Golf (And Fun Facts You Never Knew) 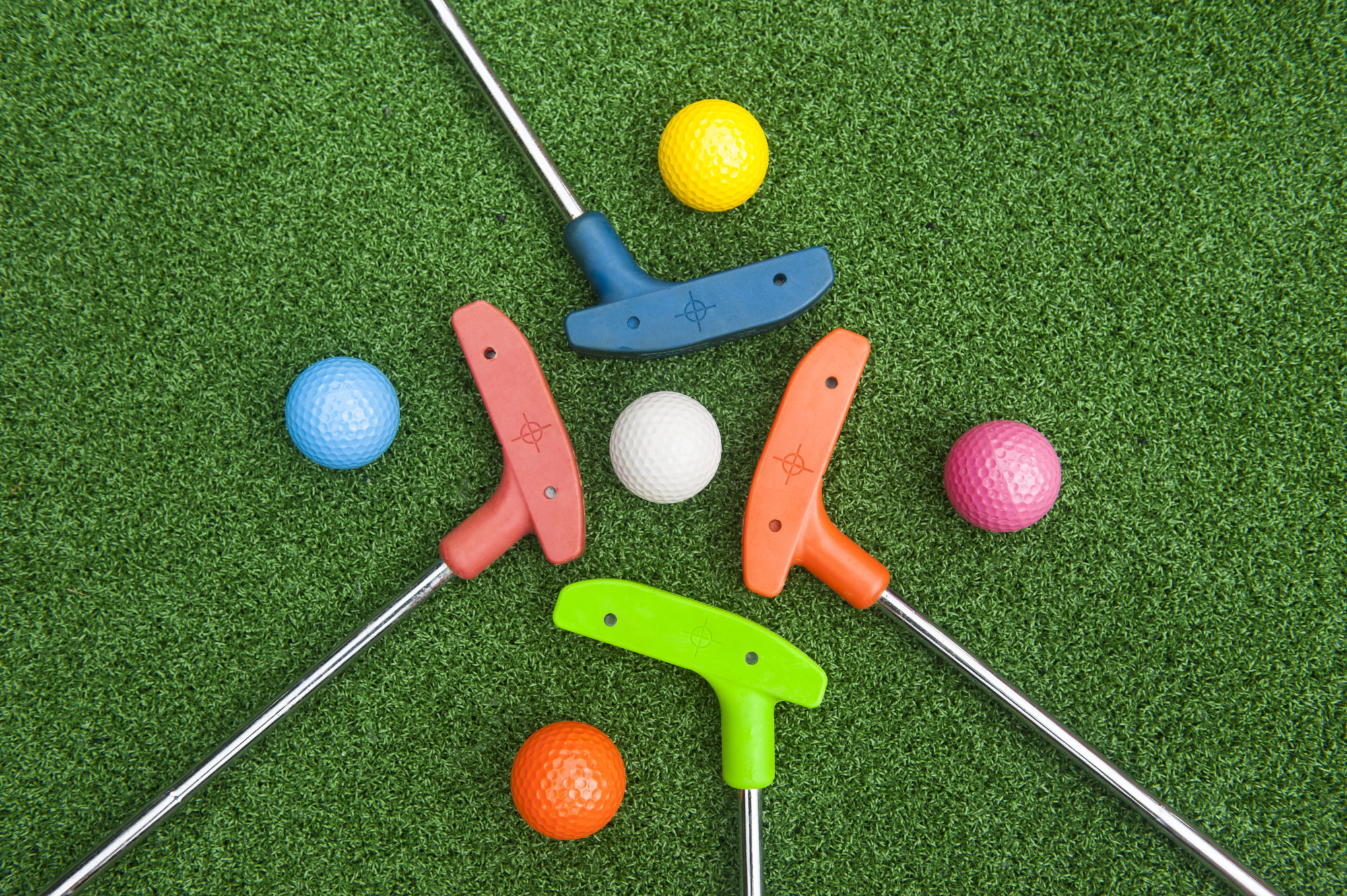 It's a conflict that stretches through the reaches of time and space, a problem that shakes the universe to its very core. It is the conflict of trying to get this stupid golf ball to go between the windmill blades without bouncing off the...AAAHHHHH!

Alright, so we exaggerated a little. But as much as we as a society love mini-golf, how much do we know about it?

Well, we're glad you asked. We're here to give you the storied history of mini-golf, in addition to several fun facts you never knew about the sport!

But enough talk! Let's get right into it!

The Legend of Miniature Golf

Also going by the name crazy golf, the origins of miniature golf rest in the country of Scotland in the 19th century. It was invented by a group of women known as the Ladies' Putting Club in response to societal guidelines at the time stating it was un-feminine to swing a golf club above your shoulder. So, they invented a form of golf where you "putt" the ball instead.

This new style of golf soon caught on with women and men, but it wouldn't make its way overseas to America until 1916. There, a guy named James Barber hired some designers to construct him a mini-golf course in the style of Scottish courses called Thistle Du (named because he told the designer "This'll do" upon seeing the finished product).

Cut to the Great Depression, where thousands of families don't have the money for any kind of entertainment. So they improvised their version of mini-golf, using whatever they could find for balls or obstacles. Gutter pipes, trash can lids, old boxes...nothing was off-limits when it came to course contributions.

This inventive spirit caught on in the post-Depression era, and we soon had the modern-day mini-golf filled with spinning obstacles and looping tunnels. Companies also started implementing courses with wild imagery like American tall tales or landmarks to help transport people to "happier times". The first public miniature golf course (Tom Thumb Golf) soon hit America thanks to one Garnet Carter of Tennessee, who built the course to attract customers to his hotel.

The Rise and Fall With a Twist

Mini-golf courses soon realized the windfall they'd stumbled onto, and incorporated added elements like dance floors and snack bars to make their courses the premier place for entertainment. It helped that they didn't carry the snooty image of their normal golf counterparts, making them more accessible to the working-class.

The craze got so big that Hollywood began telling its big-name stars of the era (like Fred Astaire and Douglas Fairbanks) to get out there and get publicity shots of them playing mini-golf! In time though, the popularity of the sport died down thanks to churches and other organizations blackballing it in the public eye.

Miniature golf didn't stay dead for long though. By the 1950s, mini-golf was alive and kicking again, though it never reached the same heights it enjoyed in the 1930s.

The Basic Rules of Mini-Golf And Other Facts

A standard mini-golf course will have 18 holes, tackled by players in numeric order. The goal of the game is to get the golf ball in the hole with as few hits (or "strokes") as possible. Once you hit 7 strokes, you cannot make any more attempts on that hole. The player with the fewest strokes at the end of the round wins.

Two hands are required on the putter for every part of the swing, and if you hit the ball out of bounds you take an additional stroke penalty and do your next hit from the on-course location closest to where you went out of bounds. Also, once your club gets raised behind you, your swing counts as a stroke.

But fear not: if you hit the ball on accident with your foot or something, it doesn't count as a stroke. You also get a free hit if your very first hit doesn't pass the red line (which thankfully for first-time players includes missing the ball).

Now, once you're out on the course, make sure you don't get caught calling miniature golf "putt-putt" if you don't want any nasty looks. Putt-putt is a more serious version of miniature golf, trading the colorful over-the-top decor for a difficulty spike and higher emphasis on control and strategy.

That said, there's a competitive league for miniature golf known as the World Mini-Golf Sport Federation (or WMG). Boasting over 38,00 members from around the world, the group works to organize international tournaments and sets professional standards and rulings for said tournaments.

There are even 4 types of mini-golf tournaments that the WMG recognizes. There's the standard mini-golf, felt golf, concrete golf, and Mini Golf Open Standards (a more regulated version of the original game). Heck, mini-golf became so culturally ubiquitous it has it's own day dedicated to it (September 21st).

If you want to spice up your miniature golf game even more, you can purchase golf balls that glow in the dark! But who got the inspiration to invent that?

Turns out the glow-in-the-dark golf ball hails from the Scandinavian countries, as well as glow-in-the-dark courses! This is because countries in the area like Finland have short days, so making the courses glow allows people to play at night without swinging their club around in a blind frenzy. It was soon picked up by other countries and stands as a staple of shopping malls and arcades across the world!

Time to Tee Off

And there you have it! Now that you know all about mini-golf and its storied history, you're ready to get out there and whack some golf balls yourself!

But you can't play mini-golf without a club and balls! So if you need to stock up on supplies, check out our shop to find the gear and accessories that are best for you!

Now, if you'll excuse us, we have an appointment to hit the ball past that cursed windmill for once.